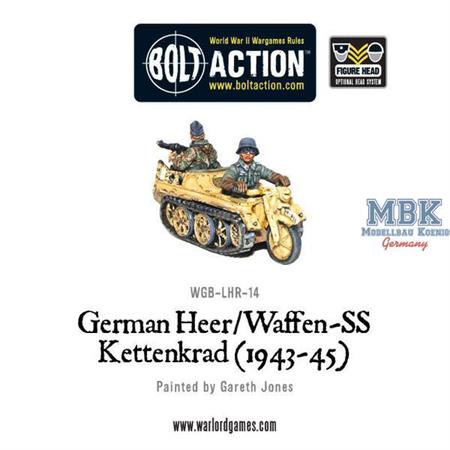 1
Item Number:
BA-WGB-LHR-14 (364)
Manufacturer
Bolt Action
Scale:
1:56
9.95 €
VAT included plus shipping and handling
Unfortunately sold out at the moment
No new delivery date known, if necessary please activate stock alert
To the Notepad
Question regarding the Article
The SdKfz 2, better known as Kettenkrad started its life as a light tractor for airborne troops.
The Kettenkrad was designed and built by the NSU Werke AG at Neckarsulm, Germany. Patented in June 1939, it was first used in the invasion of the Soviet Union in 1941. 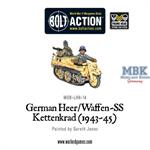