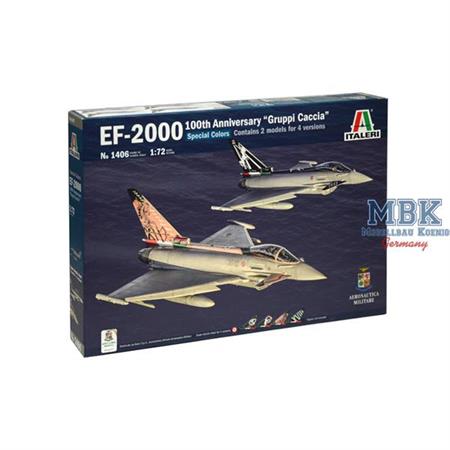 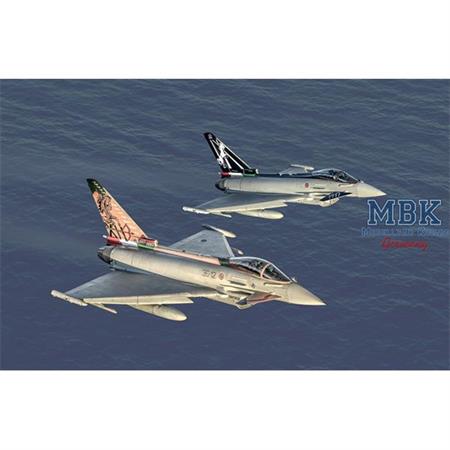 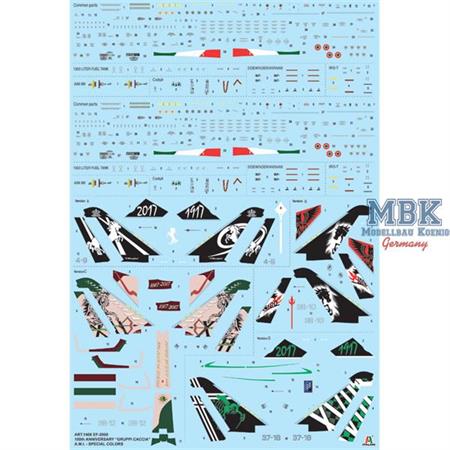 26.95 €
VAT included plus shipping and handling
Unfortunately sold out at the moment
No new delivery date known, if necessary please activate stock alert
To the Notepad
Question regarding the Article
Plastic Model Kit for a plane
- Scale 1:72
- not built/painted
- color & glue not included

The Eurofighter project, developed from the second half of the 80s by a consortium of European companies, had the aim of realizing an advanced multi-role combat aircraft strongly specialized in interception. The result of the project is the "Typhoon" that is one of the best air superiority fighter in the world. Its aerodynamic design is characterized by canard-delta wings. Thanks to its two Eurojet EJ200  turbofan engines,  the Typhoon is able to reach a maximum speed of Mach 2. The on board technology, enhanced by fly-by-wire control system, allows to obtain a great maneuverability in air combat duties. To celebrate the 100 years from the establishment of Italian Air Force fighter Squadrons in First World War, the “Gruppi di Volo” have realised on the modern Typhoons four captivating commemorative liveries.
Decals for 4 versions 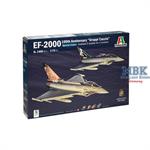