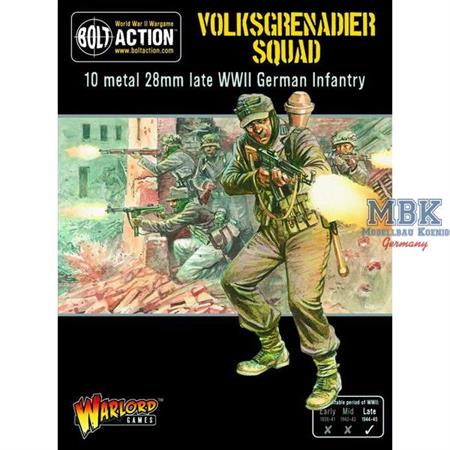 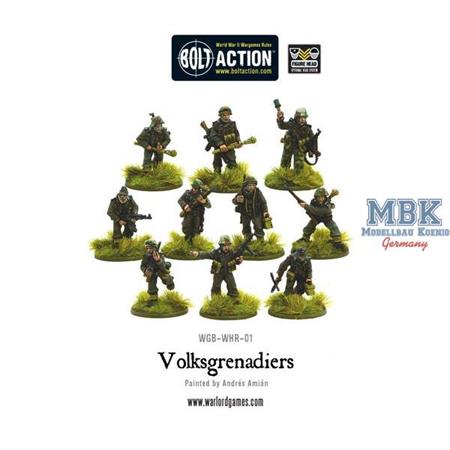 1
Item Number:
BA-402212003
Manufacturer
Bolt Action
Scale:
1:56
20.00 €
VAT included plus shipping and handling
Unfortunately sold out at the moment
No new delivery date known, if necessary please activate stock alert
To the Notepad
Question regarding the Article
Formed around a core of Veteran Troops and armed with the new StG44, the Volksgrenadiers head to battle in defense of their homeland!

After suffering a double loss (both Army group Center in Operation Bagration, and the Fifth Panzer Army to the Allies in Normandy) the German Army created some 78 Volksgrenadier divisions from Autumn 1944 onwards.

Several Volksgrenadier divisions, especially those made up of "jobless" Wehrmacht personnel drawn from the Kriegsmarine and the Luftwaffe, displayed high motivation and morale which resulted in surprisingly good cohesion and military effectiveness against the combined Allied armies.

This box set contains a 10-man (all metal) section 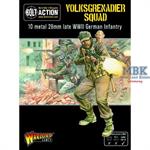 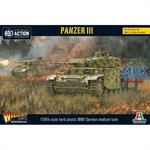